Kites from Around the World

Browse: Home > Kites from Around the World 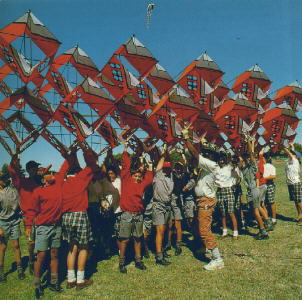 Australia:
Tony Wolfenden lives in Sidney but travels to kite festivals around the world. 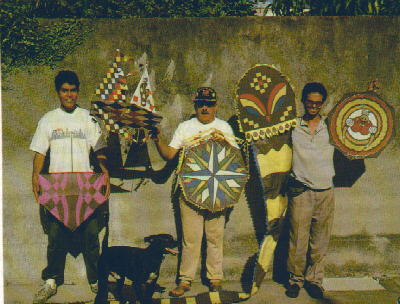 Canada:
Robert Trepanier of Montreal, Canada, is known for the haunting faces he paints on his kites. 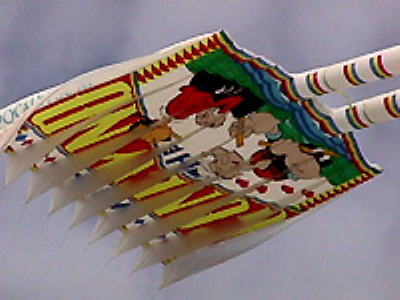 Canada:
Art Ross of Vancouver B.C. is known for his huge parafoils.

Canada:
Erick Curtis and Ann Sloboda of Ontario screen print and hand dye all of their kites.

China:
Another traditional kite from China is the Weifang Dragon which is flown with as many as 200 cellular panes behind the ornate head. 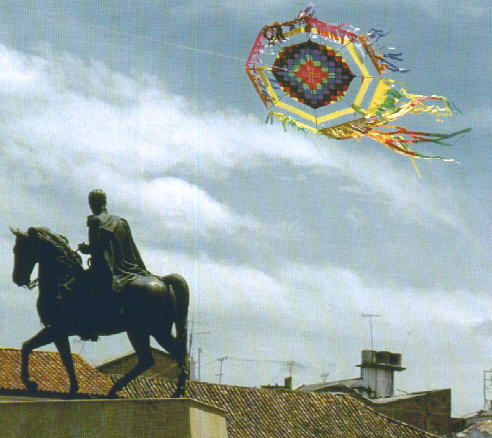 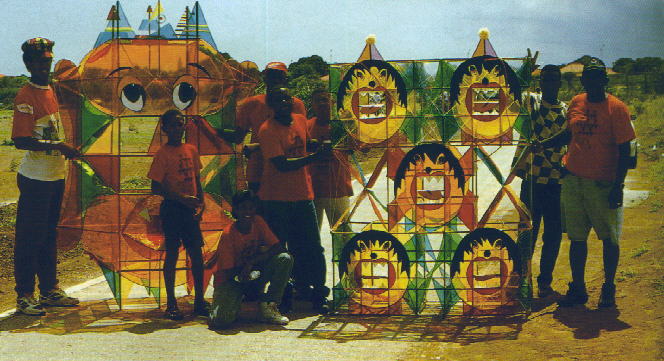 Curacao:
Many unique kites come from throughout the Caribbean. 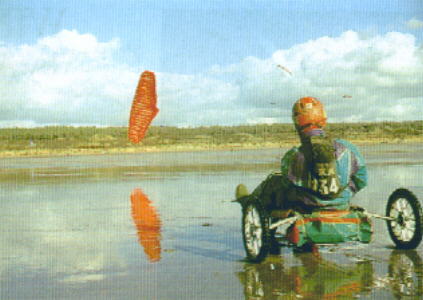 Denmark:
The International Kite Party on the Danish Island of Fano has some of the best buggy riding in the world.

France:
The dramatic “No. 9” by Pierre Fabre 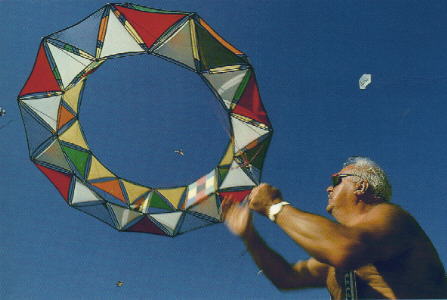 France:
Andre Cassagne designed a series of ring kites to celebrate the Olympics. He is the best known kitemaker in France and the original inventor of the Etch-a-Sketch. 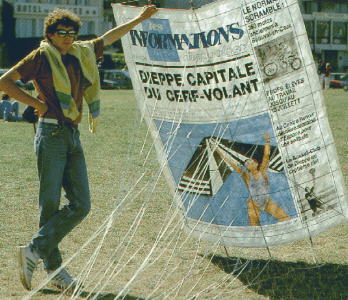 France:
This large Japanese style kite was made for the international kite festival in Dieppe. The artwork copies the front page of the local newspaper.

Germany:
Rolf Sturm is the president of the Drachen Club Deutchland (German Kite Club). He is famous for his Snoopy and Red Baron inflatable kites. 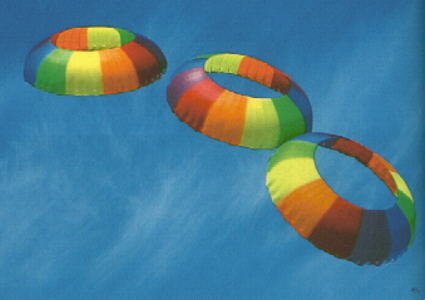 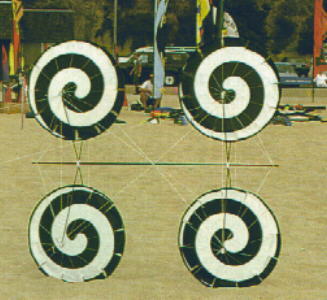 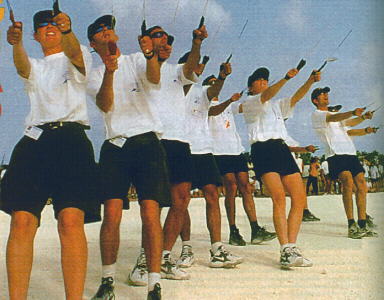 Guadeloupe:
An international sport kite competition was held on the island of Guadeloupe in 1998.

Holland:
A new kite design called the “circoflex” was invented by Ton Oostveen and Helmut Schiefer in Holland during the 1990’s 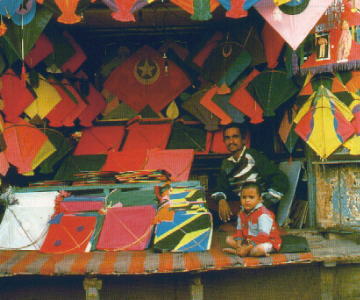 India:
Festivals involving millions of people and kites are held each January in Ahmenabad, India. Kites are sold on the street in simple stalls like this.

India:
Lightweight paper kites are used in India for fighting on glass coated line. The loser is cut free.

Indonesia:
The bird kites of Indonesia are made from hand-painted silk.

Israel:
Gill Marcus stitches pop art into each of his kites. 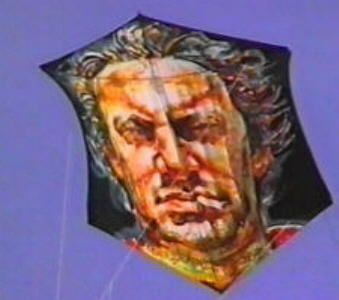 Italy:
Claudio Capelli paints the faces of his friends on his kites.. 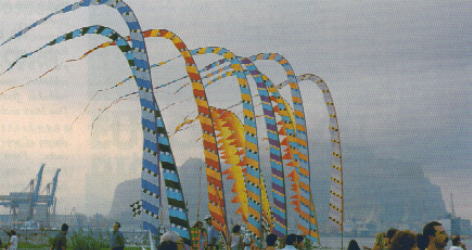 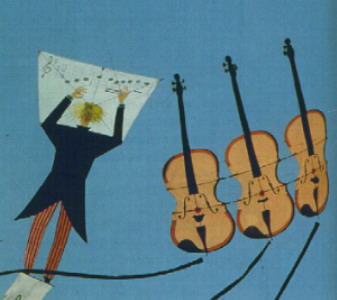 Italy:
One Italian team has created a symphony of instrument kites that they fly to music. 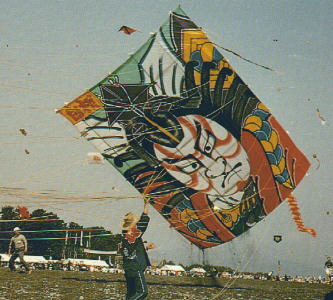 Japan:
Launching an O-dako (a giant rectangular kite). Roughly 200 of these huge kites are destroyed each year in the kite battles of Shirone.

Japan:
This is a humming Bee Kite made by Satoshi Hashimoto. The bee is crafted from rice paper and bamboo that has been aged for more than 100 years. When flown, the “hummer” on the top makes a loud buzzing noise.

Japan:
A hand painted Edo kite (“Edo” is the former name of Tokyo) featuring the rabbit and wave theme from a traditional folk tale. 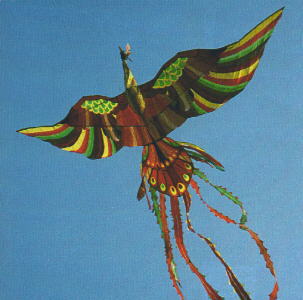 Korea:
The traditional Korean combat kite with a hole in the center. 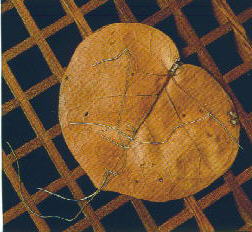 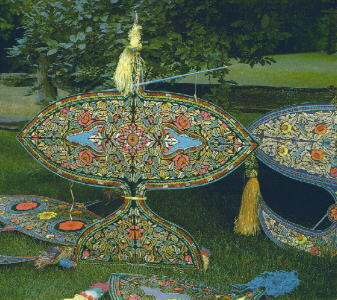 Malaysia:
The delicate Wau Kuching (cat kite) and Wau Bulan (moon kite). These examples were made for decorative contests and are too heavy to fly.

Mexico:
Jose Sainz, who now lives in San Diego, has traveled the world with his unique kites. This one combines traditional Mexican art with modern materials.

Nepal:
Kites from Nepal are some of the highest flying in the world. 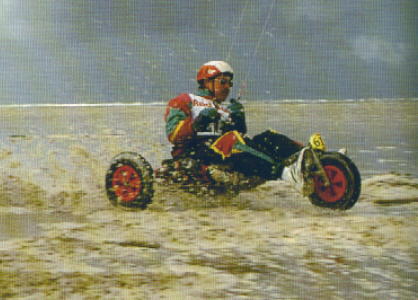 Norway:
The kites and kite fliers of Oslo are interesting and a bit different. 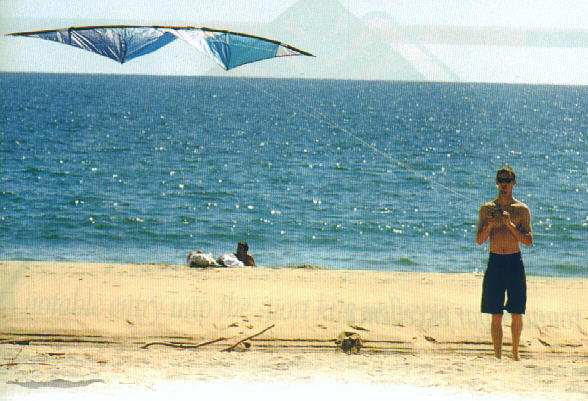 Portugal:
An annual kite retreat is held in Lagos, Portugal. great fun on the beach!.

Singapore:
Mr. Shakib Gunn is a familiar face as festivals throughout Singapore. 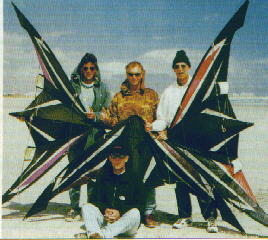 South Africa:
Here’s a sport kite team at a festival near Cape Town 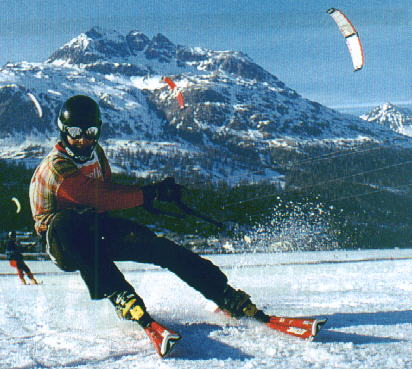 Switzerland:
Winter kite skiing is popular in the Alps

Thailand:
The traditional kites of Thailand represent male and female characters. This one, called a “chula’ is the male kite. The kites are flown in sophisticated “battles” designed to capture a mate. 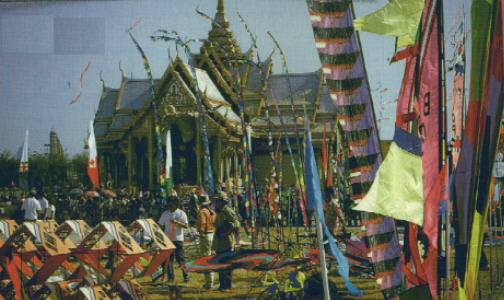 Thailand:
Every two year, a festival is held before the royal palace in Bangkok. 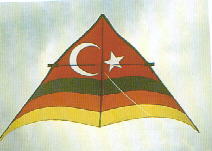 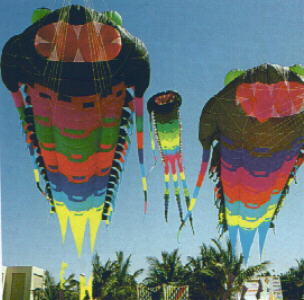 United Arab Emirates:
These three giant kites were flown at the First International Kite Festival of Dubai on the Persian Gulf.

United Kingdom:
The Cody Manlifting Kite was designed for the British Army about 100 years ago. It was invented by an American named Samuel Franklin Cody, who dressed much like Buffalo Bill. 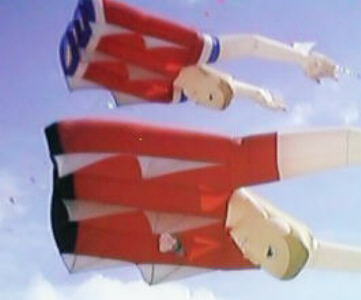 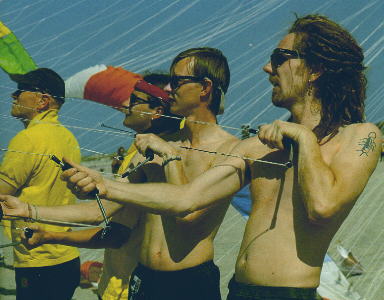 USA:
Randy Tom of San Diego won many awards with this “seven sisters” style kite with sewn copies of artwork by Patrick Nagel. 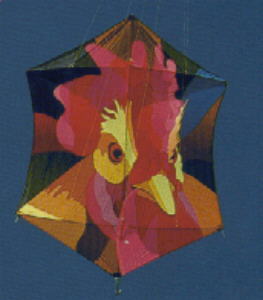 USA:
A six-sided Japanese kite is called a “rokkaku” (ro-ka-coo). Kathy Goodwind of Seattle made this model which she calls “Ro-ka-doodle-do. It now hangs in a Japanese kite museum.